The following pictures and captions are contributed by Bob Bierly regarding his Helm Seat Project.

I abandoned the fiberglass box which comprises the helmsman’s seat. The box, the cushion have joined the dining table cushion in the garage where they enjoy three handed rummy. Seriously though, I then built a wooden box the same width as the FB one but only about ten inches fore and aft. It has slides on the vertical fore and aft faces which use the factory installed starboard runners to allow forward and rearward adjustment. Atop the wooden box is my helmsman chair comprised of four components : a base, a cylindrical post (13 inches long), a seat base and a chair unit. All components of this seat are available at any marine store including Wal Mart. The first three are made by Swivl EZE, and are about $15 apiece, the chair can be anywhere from $25 to several hundred. The advantages of my shorter wooden box over the fiberglass are many: smaller and much lighter for removal and storage, provides immediate storage trays, creates an adjustable chair position fore and aft, and gives greater room for standing at the wheel (by allowing the chair to be slid back about 15 inches.) So far I have used it for a seven month cruise of over 3000 miles. This is one of my favorite fixes since the seat provides back support on long motors.

Photo 1 shows: The chair in its normal operating position. You can see the components (A). the wooden support section, with the base plate attached (with six screws into the center cross-sections of the wooden structure. (B) a 13 inch long pedestal section and (C) a seat with the seat base attached. The three pieces slide together using the molded shafts connected to the seat base and the bottom of the pedestal. 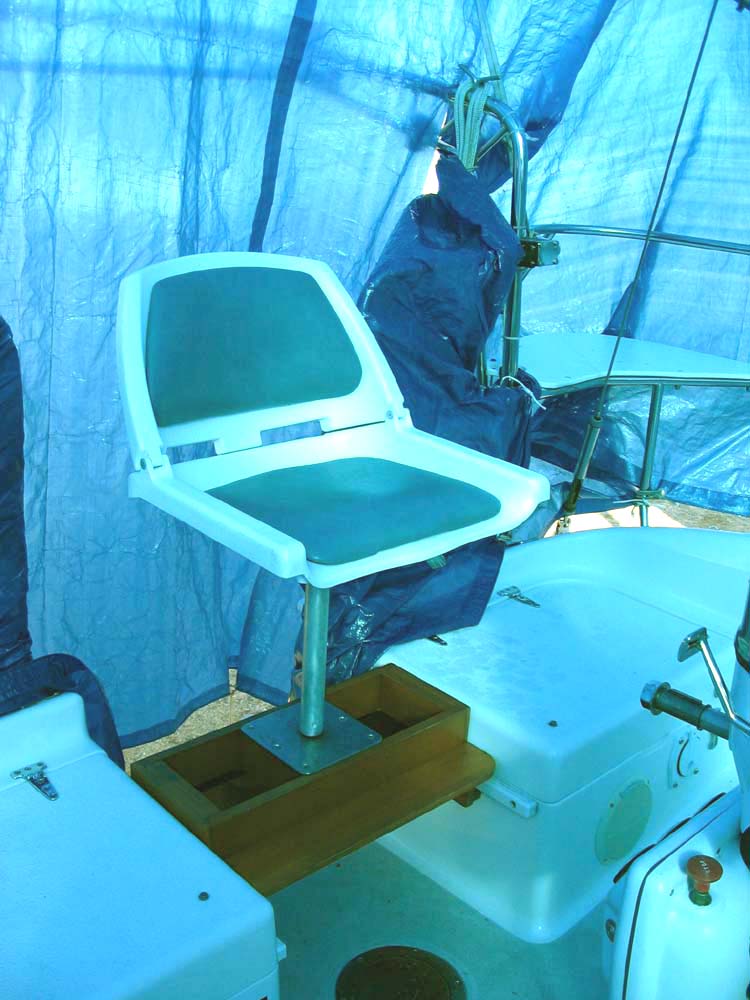 Photo 2 shows: A closer shot of the bottom unit and pedestal still in operating position. You can see how the wooden unit is constructed to bridge the existing gap, use the factory installed Starboard (plastic) side supports upon which the fiberglass box rested. Construction is easy consisting of two athwartship stringers held in parallel with four transverse pieces. The center two pieces are positioned to accept the six screws which hold the Stainless steel base plate using the predrilled holes. The outer two transverse pieces mount the wooden runners which straddle (one above and one below) the Starboard supports. The seat moves fore and aft by sliding on these runners. I used nominal 1 by 4 popular boards glued and screwed together. and finished with Cetol. One could use Starboard to eliminate the wood, however it cannot be glued. The sections between the inner and outer transverse sections are recesses/pigeon holes for binoculars, lotions etc. formed by mounting a bottom plate. I used smoked acrylic which doesn’t show the accumulated dirt. 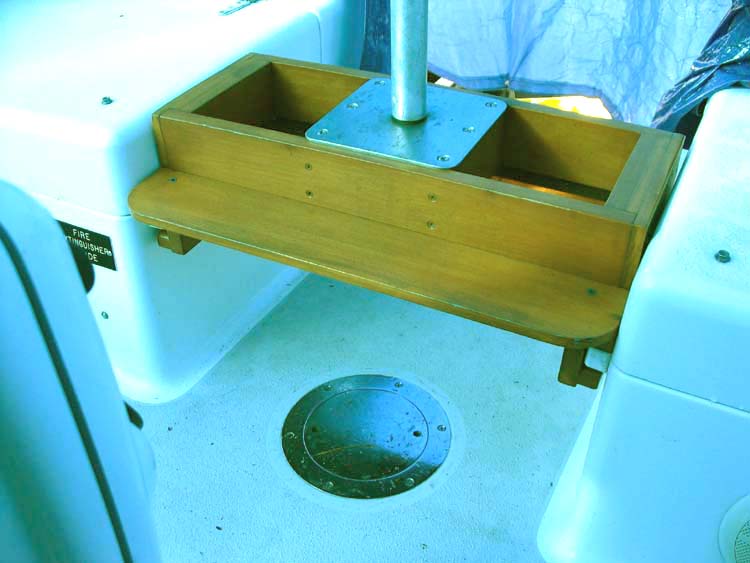 Photo 3 shows: A closer view of how the runners are constructed and engage the Starboard supports. View is from behind the seat looking from the swim platform. 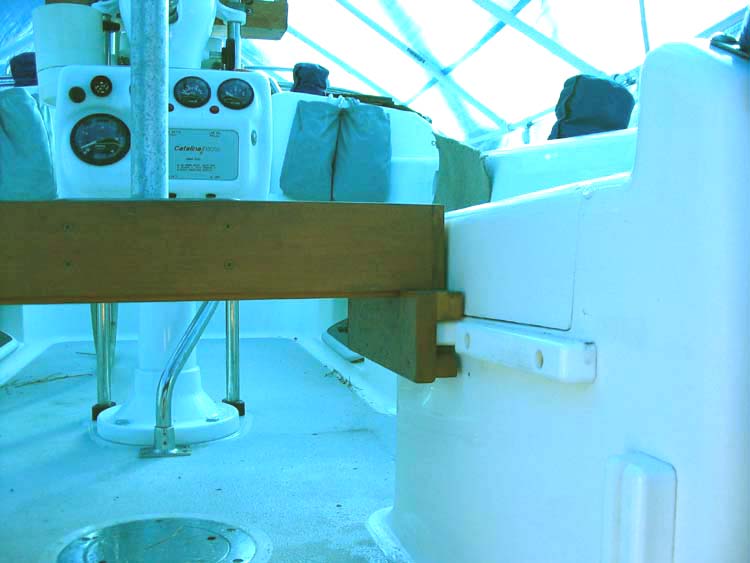 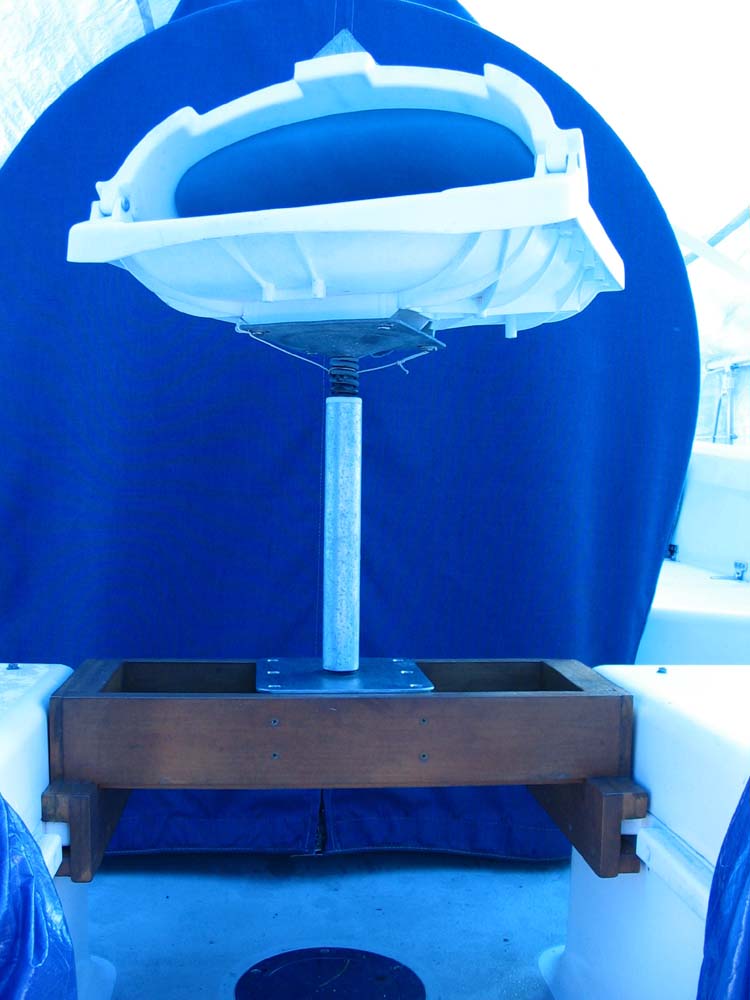